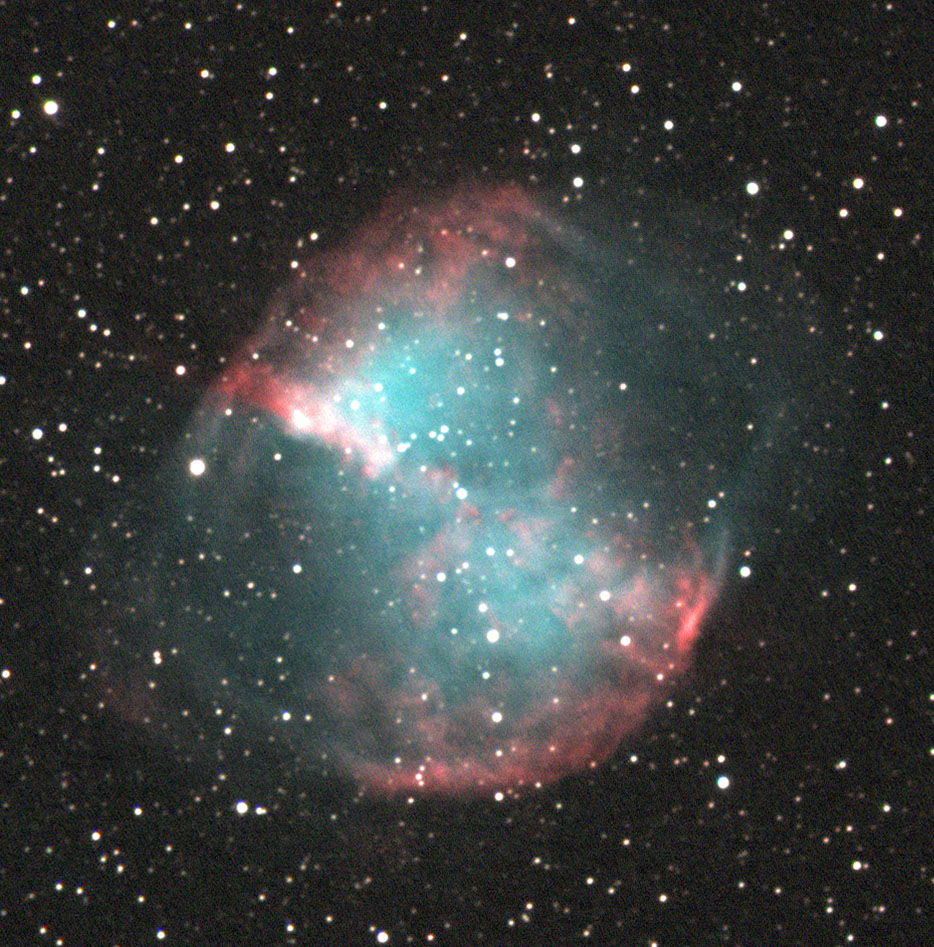 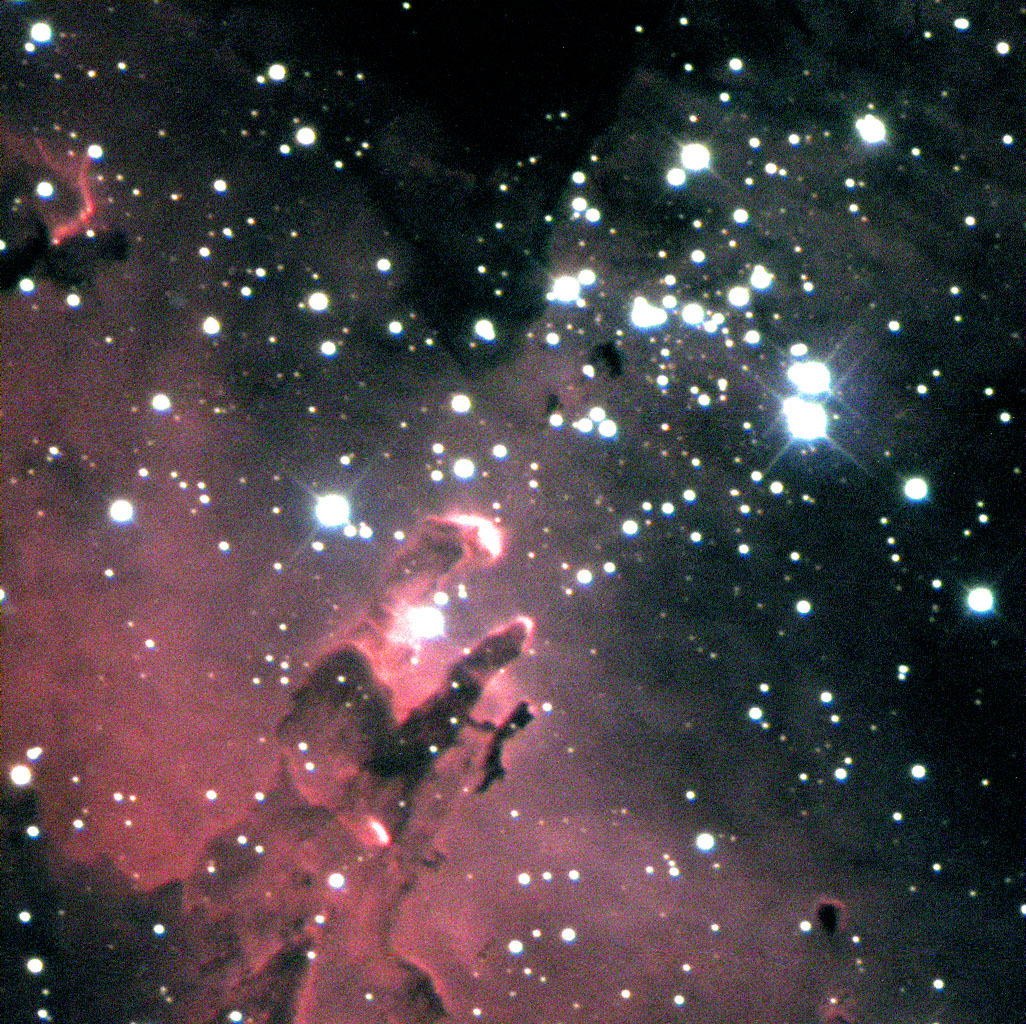 The Eagle Nebula (Messier 16, NGC 6611) is a star-forming region located approximately 7,000 light-years away from Earth in the constellation of Serpens. The dark structures in the image are stellar nurseries, collapsing clouds of gas and dust that are condensing to become new stars.

I took this image using the PROMPT telescope array at the Cerro-Tololo Inter-American Observatory in Chile. Three 30-second exposures in each of LRGB filters, combined in Adobe Photoshop CC.